More Reasons Face Recognition is Better than Fingerprints for Security 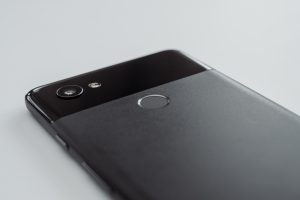 As the article points out, in order for fingerprint scanners to be used as security for smartphones, additional hardware needed to be installed. Face recognition software works fine with the front-facing camera that already comes with almost every smartphone on the market. The only purchase that is needed in order to make face detection and face recognition software work on a smartphone is the software itself. With fingerprint scanning, the company must also purchase the foreign or additional hardware to make it work with the device.

Face Recognition Technology is Easy to Use

Another fact that makes face recognition technology better for security than the fingerprint scanner is that facial recognition is easy to use. Face detection and recognition takes place seamlessly, and almost instantly, with little work on the part of the user. You simply pick up the device, point it at the face, and swipe. It is even possible to do without pickup up the device if desired. And facial recognition security can be integrated with other types of security, such as fingerprint scans, passwords, patterns, and more for added security when needed.

No Touching is Required for Face Recognition

One factor that makes facial recognition technology the preference for most law enforcement officers is the fact that the suspect or target of a scan does not need to be touched in order to make and verify an ID. Once the person’s face is caught on camera, face recognition software can compare that face to others in a database of known criminals, suspects, and terrorists. If a person is too drunk to cooperate, for example, the officer would simply need to scan his or her face in order to identify them from the driver’s license images or suspect lists. Remote verification is also possible with this technology. A person could be eating a meal in a restaurant, and police or government security officer could use face detection and recognition software to identify them without them even being aware that they were being scanned.

Those are all good reasons why face recognition is better than fingerprints for security. There are fewer risks, it is cheaper, easier, and accurate.

2020-03-20
Previous Post: Why Face Recognition is Better than Fingerprints for Security