Why Face Recognition is Better than Fingerprints for Security

We have explored the use of face detection and recognition technology for many purposes, including security. As we have pointed out in a few articles, face recognition systems can be used by the military, government agencies, and police to detect and identify suspects in criminal activity and terrorism. It has been utilized I large crowded events, such as sporting events and concerts to scan the crowds for potential threats. It has also been used at entry points into countries, such as airports and train stations for the same purpose. Hundred of missing kids have been found and brought home safely using face recognition technology. Using this technology to identify criminals has become almost as common as taking fingerprints. But why is face recognition better than fingerprints for security? 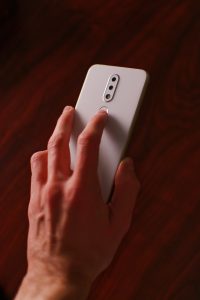 As Mara Phone Blog points out, the smartphone of today comes with several privacy and security measures and features. Almost all of them offer pin code or pattern login, but most now include both fingerprint scan and face scan capabilities to unlock your phone. Fingerprint lock made its debut early on in this decade, with only 2 major smartphone companies testing this method of security. At that time, it was believed that it would be difficult for hackers to spoof a fingerprint, making it almost impossible to trick the phone.

Finger Print Scans Were Not Spoof-proof

Of course, as hackers do, it did not take long before new ways to hack fingerprint locks came into play. Breaking into someone’s smartphone once again became an easy task, and new ways to beef up smartphone security were needed. Companies began to take interest in biometric security measures, and explore better, less hackable ways of locking a person’s phone. Face recognition technology was ushered in as the new wave of smartphone security. Of course, many people suspect that hackers will continue to do what they do and that face recognition phone security will soon be easily hackable as well. For this reason, it is important that face recognition continues to evolve as hackers continue to hack.

A report from ABI Research shares that both fingerprint scanning and face recognition for smartphone security will continue to grow. In fact, according to their research, “Within the consumer market, the number of fingerprint sensor shipments is expected to reach approximately 1.26 billion by the end of 2019 with a moderate, albeit sizable, 10.3.% 5-year CAGR increase. On the other hand, face biometrics apps are expected to boast an impressive 26.9% 5-year CAGR growth until 2024. The growth is being driven by leading and innovative smartphone manufacturers, including Apple, Samsung, Huawei, Xiaomi, and LG, who are implementing the technology in their devices.”