Face Recognition and How it Works (Part 2)

As we mentioned in last week’s article, humans have face detection and face recognition capabilities right in their brains. Within seconds of seeing a face for the first time, we are able to analyze patterns on that face in order to save it to memory along with “notes” about who the person is and where we know them from. When we see that person again, we are usually able to recognize the face and the identifying information that goes with it. Unfortunately, the human brain is not flawless and often the memory seems lost. While we may recognize the face, we may not be able to recall the name of the person or the location where we saw them. 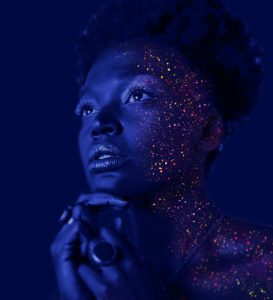 Fortunately, face detection and face recognition technology are much more accurate than that of the human mind. While we commonly forget vital information, such as where we met a person, what their name was, or how they are important, the face recognition system will not. The 2 work in much the same way, however. Just as the human brain sees patterns when we see a face for the first time, face recognition software analyzes the patterns of a face from a photo or video image. That pattern data is stored in a database just as our brain stores the patterns that it sees when we look at a face.

When that same face is detected by any face recognition system connected to that database, the system will recognize that face within seconds, just as the human brain does. Anytime we see a face, our brains compare it to the faces that we have stored in our memory. If we have seen that face before, we will usually recognize it again. If we have not seen it before, we may store its patterns and identifying data to use at a later time.  Anytime a face is picked up by a camera in a face recognition system, that face is compared to the other faces in that system’s database. Then the face is either recognized or stored for comparison at a later time. Facial recognition systems are much more accurate than the human brain, however. Although it may be fooled by someone with similar features, the technology will never “forget a face.”

Both Use the Same Steps

So, face recognition technology, much like the human brain, goes through the steps of face recognition within seconds. Both detect a face and record it, analyze the data that comes from the patterns on the face, compare the data to that which is stored in the memory database, and then identify the face. While the human brain commonly forgets the identifying information that goes with the pattern data, facial recognition technology does not forget.