The History of Face Recognition

In the last 2 weeks, we have looked into the definition of face recognition and face detection technology. As we shared in a former article, face recognition’s popularity gained ground in the United States as a way for the county’s Department of Defense to detect and identify suspected terrorists and criminals when they attempted to cross the American border. Some of the top scientific experts in that county’s biometric research field were granted funds and grants for their own projects in exchange for helping the Department of Defense get their own projects off the ground. As you can imagine, the ability to identify suspects and apprehend them while they attempt to enter the country remains quite valuable to the DoD. 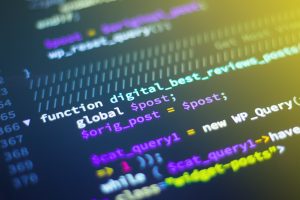 The Beginnings of Face Recognition

These projects were taking off during the 1990s, but face recognition was developed much sooner than that. According to Wikipedia, the work of technology pioneers Charles Bisson, Helen Chan Wolf, and Woody Bledsoe actually gave face recognition technology its start. As early as 1964, these three began to use computers to recognize the face of a human. Because the intelligence agency which funded their research wished to remain unnamed, and forbid much information from being made public, there was not much in the way of published work on their findings.

The Face Recognition Project Faced Many Issues Early On

Just as it would be with any technological breakthrough, the beginnings of face recognition technology faced several issues. According to Bledsoe, their first attempts at using a computer to recognize faces was performed by mapping out certain points on a person’s face, such as the center of the eyes, the distance from the forehead to the chin, the corners of the mouth, etc. Using mathematical equations, the computer used these maps to rotate the head of the person in order to show various poses.

When tested on real test subjects, this formula did not have good results. Bledsoe reported in 1966, ““This recognition problem is made difficult by the great variability in head rotation and tilt, lighting intensity and angle, facial expression, aging, etc. Some other attempts at face recognition by machine have allowed for little or no variability in these quantities. Yet the method of correlation (or pattern matching) of unprocessed optical data, which is often used by some researchers, is certain to fail in cases where the variability is great. In particular, the correlation is very low between two pictures of the same person with two different head rotations.”

Of course, facing opposition and learning to overcome unexpected issued is all a part of any type of research project. Bledsoe and his team, along with others who came after them, thankfully did not give up just because of those issues. In next week’s article, we will look more into the history of face recognition and face detection software.