What is the Definition of Face Recognition?

As we have mentioned in a former article, the term “face recognition” or “facial recognition” is a pretty self-explanatory term. The two-word phrase is exactly as it sounds, the recognition of faces using biometric technology. Since its beginnings, face detection and recognition technology have had many uses. As of now, it can be used for anything from helping police in finding and identifying criminal suspects to helping advertisers focus their campaign specifically for certain consumers. This software maps certain points of a person’s face and makes it possible for that face to be recognized when it is seen again. This works in much the same way that we are able to pinpoint locations on a map, and then recognize those locations when they are seen again. 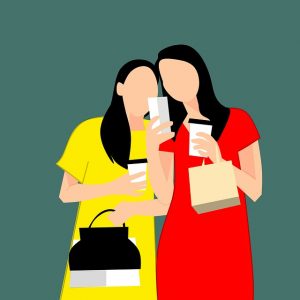 According to Techopedia, the biometric software of face detection is capable of uniquely identifying and/or verifying someone by comparing the patterns of that person’s facial contours and then analyzing those contours patterns. Search Enterprise AI states that, “Facial recognition is a category of biometric software that maps an individual’s facial features mathematically and stores the data as a faceprint.” This software locates different nodule points on a person’s face and maps them so that the data can be stored for later use in comparison with new subjects. While it was once mainly used for security, face detection and facial recognition have become increasingly more useful in many other applications, especially in retail.

Face Recognition From Computers to Phones to Robotics

During its beginnings, face detection technology and facial recognition software was mostly a computer application. Over the years, it has moved on to wider uses, according to Wikipedia, and now includes mobile platforms, and is even used in robotics. In security, face recognition can be used to determine who is allowed access to certain events or locations. For example, face detection technology could notify security if a known criminal was entering a football stadium, or a known terrorist was attempting to enter the country at an airport. It can also be used in situations where one would use biometrics such as retinal scans or fingerprint scans. Police and security officers often prefer this method, since contact with a subject is not necessary for face recognition.

Many Other Uses for Face Recognition

As Wikipedia goes on to explain, face detection and recognition technology have recently become even more popular as a tool for commercial identification and marketing. A person’s face can be detected and then compared by the software. Once the person has been identified, the information in their database can inform marketers of that person’s shopping preferences, what types of products that the person is likely to purchase, how often the person shops for certain items, and even what mood the person is in. Once all of that information is given, advertisers are able to focus their ad campaigns and shopping experiences to cater to that individual.

Aside from being used to allow access to events and locations, and in retail marketing, face recognition technology is also used for video surveillance, advanced interaction between humans and computers, automatic indexing of video and images, and much more. Next week we will look deeper into the definition of face recognition.