The Future of Face Recognition and Deep Learning (Part 2)

In 2002, when the movie Minority Report first hit the big screen, face recognition and deep learning seemed like some far-off sci-fi fantasy. While some may have suspected that it there was some truth to the movie’s prediction of how face recognition would grow, most people probably considered it all to be a conspiracy theorist’s dream. Now, it is as commonplace as having a smartphone in your pocket. Face detection and face recognition software are used almost everywhere you go in some way or other.

As Forbes shares, “biometrical face recognition authentication is now a regular household technology.” Millions of people are using face detection software as security for their iPhones. With this technology, 30,000 separate infrared dots are used with a series of other fail-safes in order to ensure that there is no false identification. A traditional password sign-in is also part of that system of security. But as the article points out, smartphone security is just a tiny part of what face recognition technology is capable of. 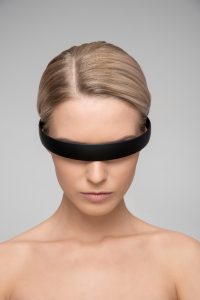 The Future of Face Detection and Recognition in Security

Face detection and face recognition doesn’t only work for physical security but can help to fight against cybercrime as well. In 2018, the worldwide cost of cybercrime was as high as 600 billion dollars, and it is expected to be as high as 6 trillion dollars by the year 2021. As many as 81% of hacking-related cybercrimes occur because a user created a weak password. Face detection can add a layer of security online in order to avoid such hacks. It is important to note, however, that although face recognition is difficult to hack, it is not impossible, so both methods working together are the best way to avoid being hacked.

Paying with a Smile, Both Online and in Person

Paying for your purchases, both online and in-person, could soon be as simple as smiling at the camera for those retailers who are implementing face recognition systems. With this technology, infrared cameras could detect your face, with the face recognition software, verify your identification and deduct your payment from your bank account much like a debit card does now. The same principle could soon apply to online purchases – you could pay with just a smile at your webcam or smartphone camera.

Other Future Uses of Face Recognition

There are so many possible uses for face detection and recognition software in the future that it is impossible to name them all here. An app known as “Helping Faceless” helps to location missing children, a school in Paris is using face detection to follow the faces of students to make sure that they are paying attention in class, student attendance can also be tracked with face detection software.

This same technology will soon be used in the UK to determine the ages of those who are trying to purchase alcohol and tobacco products. Public transportation, such as trains and ferries, could soon allow passengers aboard using face recognition instead of tickets. Even missing pets can be found using face recognition technology with an app called “Finding Rover.” And Tesco is on their way to bringing the Minority Report to life; they will soon be installing screens at gas stations all over the UK so that customers’ faces can be scanned so that advertisements can be shown that are tailored to each customer.