Face Recognition from Images: How Does It Work?

As we shared in our last article, “Face recognition and face detection technology is quickly becoming one of the fastest-growing applications in the world. This technology can benefit everyone – from police, to security, to retail owners, to marketers, to missing children, to lost Alzheimer’s patients, to suspects who have been falsely accused of a crime.” This software has so many uses that the market for face recognition technology is expected to be as much as 11 billion dollars by the year 2026, up from just 4 billion dollars in 2017, with the application being used all around the world. 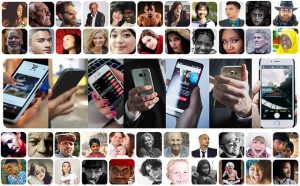 Many humans seem to have an uncanny talent for recognizing faces. As Norton explains, we usually find it easy to recognize the faces of those who are familiar to us, such as family members, friends, and even simple acquaintances. We may have a more difficult time recognizing the faces of those whom we have met only once or twice. We often remember that we know the person from somewhere, but we cannot quite place where.

There are some people who cannot recognize faces at all. This is a neurological disorder known as prosopagnosia, face blindness, or facial agnosia. People who suffer from this condition are sometimes not even able to remember the faces of those who are closest to them. They may not recognize their own mother, sibling, father, or even their reflection in the mirror. These people will often try to find other ways of recognizing others, such as hairstyle, etc. Some wonder if face recognition software could help those with this condition.

When you recognize a face, it is because you are familiar with the nose, mouth, eyes, eyebrows, and other facial features of your acquaintance, and how those features come together to form the face. Your brain analyzes those features and their distance and instantly compares it to the ones that you have stored in your memory. In most cases, your brain reports back to you with a name within less than a second, and you know who that person is.

Face recognition technology works in much the same way. The “brain” or software of a face recognition or face detection system will measure the distances from the nose to the mouth, from the edges of the mouth to the ears, from the eyebrows to the eyes, etc. The image that the system is analyzing will be compared to images that are stored in a database, and the system will “recognize” who that person is. Of course, this is a very simplified way of explaining how face recognition from images works. In our next article, we will explore this more deeply.