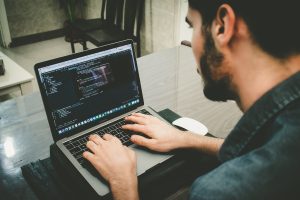 Of course, the first step in a process like this would be for the software to recognize the presence of a face. According to a post by Toward Data Science, there are actually 4 categories for face detection methods. The first of these is knowledge-based. With knowledge-based face detection, the program must follow a set of rules. Included in those rules is the fact that a face has to have eyes, a nose, and a mouth and that these must be within certain distances from each other.

If the rules are too general, however, or even if they are too detailed, the system could give too many false positives. And false positives could get an innocent person arrested, the wrong data to a marketer, or cause someone to miss important clues in a missing persons’ case. That is why using knowledge-base face detection alone is not enough to make it accurate.

The second face detection method described in that post is feature-based face recognition. As explained, the feature-based method works by extracting the structural features of a person’s face in order to locate the face. This software is trained to classify first, and then it is used to differentiate between regions of an image that are facial and regions which are non-facial. This method overcomes the issues with knowledge-based face detection and has much higher accuracy. It uses several steps, but even in images that contain several faces, the success rate is close to 95%.

The template matching method of face detection uses face templates which are pre-defined or parameterized in order to locate faces. This system works by comparing a person’s face in an image to that of the faces in the templates. As the post explains, ‘’a human face can be divided into eyes, face contour, nose, and mouth. Also, a face model can be built by edges just by using edge detection method. This approach is simple to implement, but it is inadequate for face detection. However, deformable templates have been proposed to deal with these problems.”

This method, according to the post, depends on a certain set of delegate training face images in order to discover face models. It is divided into 9 sub-methods: Eigenfaced-Based, Distribution-Based, Neural Networks, Support Vector Machine, Sparse Network of Winnows, Naïve Bayes Classifiers, Hidden Markov Model, Information Theoretical Approach, and Inductive Learning. We may look deeper into these sub-methods in a future post.