Face recognition and face detection technology are quickly becoming one of the fastest-growing applications in the world. This technology can benefit everyone – from the police, to security, to retail owners, to marketers, to missing children, to lost Alzheimer’s patients, to suspects who have been falsely accused of a crime. There are so many uses for this software that the market for face recognition technology is expected to be as much as 11 billion dollars in just a few years, with the application being used all across the globe.

For those who are interested in using or investing in face recognition systems or face detection software, it can be interesting to learn just how this technology works. Since its beginning in the early 60s, face detection technology has gone through many changes and improvements. These changes have made the application work much more quickly and accurately, causing its value to increase even more, and leaving people to wonder how face recognition algorithms work. 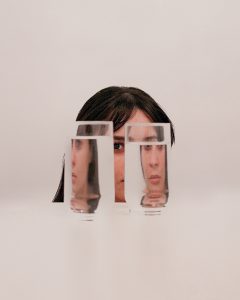 What is Face Recognition?

Before we can really explore how face recognition algorithms work it is important to understand what they are. As Wikipedia explains, a face recognition system is an application that is capable of identifying a human from either a digital image, a frame of video, or some other image source. The post goes on to say, “There are multiple methods in which facial recognition systems work, but in general, they work by comparing selected facial features from given image with faces within a database.”

In other words, a technology program compares the distance between facial features, such as eyebrows, nose to lips, lips’ edges to ears, etc., and along with other observances, compares the data gained to data that is already saved in a database. These programs also analyze such factors as the shapes of different parts of the face, the whole face, and the texture of the skin.

As explained by IFLEXION, face recognition is actually the last step in the process. Before an image can be compared to faces in a facial recognition database, the system must first recognize it as a face.  There are a few tacks that the software must perform before it is able to successfully identify the unique facial features that separate one human from another. While there are many different ways that the various systems work, they all basically must go through these stages: