Last week we looked at how face recognition technology is quickly becoming a giant in the market. The fact that it can be enticing to everyone, from the average citizen to the most elite security officer makes face detection software a sought-after product. The market for face recognition software is expected to reach 9 billion USD by the year 2022, and 11.30 billion USD by the year 2026. Those numbers look pretty good from an investor’s point of view. 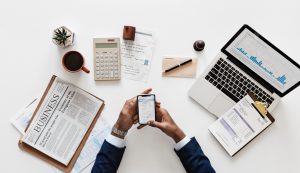 According to Biometric Update, face biometrics are leading startups in the Artificial Intelligence sector in attracting major investors. That article, dated in February, shares that Face recognition and deep learning platform, SenseTime, managed to pull in a total of 1.63 billion USD in funding. SenseTime now has a partnership with the government of Shanghai “to analyze vehicle and pedestrian information to reduce traffic, and a partnership with Honda for autonomous driving.”

While Sensetime tops the list of highest investment offerings, others are pulling in their share as well. Megvii Technology has raised 608 million USD and is negotiating for another 500 million. YITU has grabbed 355.1 million. Both Megvii and YITU use facial recognition for customer payment methods. Currently, 20,000 ATM machines use YITU to allow customers to make withdrawals using only their faces. Megvii allows customers to pay payments by Alipay. Megvii is also powering a 3D facial recognition app in the new OPPO smartphone. As the Wall Street Journal shares, face recognition and robotic process automation companies are among the most-funded artificial intelligence startups.

As we all know, face recognition technology is not a new concept. It was being researched as early as the 60s, utilized as early as the 80s, and successfully used in 2001 at the Super Bowl. As Fortune shares, quoting Grother of NIST, face recognition technology is “undergoing something of a revolution. The underlying technology has changed. The old tech has been replaced by a new generation of algorithms, and they’re remarkably effective.” According to that report, there are 2 reasons for these changes. The first one is the introduction of deep learning, which is said to replicate the learning capabilities of the human brain.

Deep learning happens when a face recognition program scans a person’s face and “learns” to gauge their mood, likes, and dislikes from their facial expressions. With the help of cloud computing, the data from the scan can be saved and sold at low cost to retail shops, etc. These retail shops can use this data to understand exactly what makes their customer happy, which products they are more likely to spend their money on, and what mood the customer is in while shopping. And all of this information can be gained while a person is simply scrolling social media, tagging photos, and using photo apps. Huge companies like Facebook, Google, and Microsoft all have versions of this type of technology.

With such huge names involved in face recognition technology, investing seems a risk that is likely to pay off.