Why Invest in Face Recognition Technology?

Face detection technology has become so commonplace that most people don’t even realize it is being used. It is in our smartphones, our security cameras, and even in our social media. It is used at concerts and ball games to scan for suspected criminals, it is used at airports to locate terrorists attempting to enter into unsuspecting countries, it is even used on Facebook to allow you to tag your friends. And now it can learn.

Face recognition technology can scan a user’s face as they scroll social media and “learn” what they like and dislike, what makes them happy, sad, afraid, or angry, and what they are likely to purchase. It can also determine their mood. If a retail store is connected to a user’s social media accounts, the potential for profit in retail alone is tremendous. And people are signing up for it. 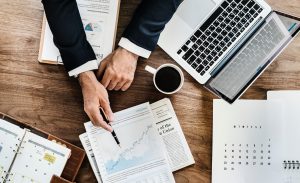 It is Thriving Despite Controversy

Our last couple of articles mentioned the controversy surrounding face recognition technology and its potential to invade the privacy of people all over the world. Fortune Magazine shares that despite the “serious threats” to civil liberties that are posed by face detection software, it is a “booming business.”

The truth is, this business is so booming that Global News Wire predicts that the face recognition systems market will reach 11.30 billion USD by the year 2026. That’s only a few years away. While citizens in America, New Zealand, and other countries are going to court to fight against face recognition being used without permission, face detection technology is being sold all over the world, to retail stores, hotels, and even summer camps and schools.

Companies are Racing to be The Best

Industry-leading companies such as Kairos and Face++ are in a race to build the best face detection software in the world. It is easy to see why. According to Market Research Future, the market for face recognition software is growing by as much as 20% every year and is expected to reach 9 billion USD by the year 2022. As Global News Wire explains, the growth seen in the face recognition market can be attributed to the fact that it is highly sought after in both the law enforcement and non-law enforcement markets.

Why It Is Sought After by Police and Governments

Law enforcement and government agencies are especially interested in face detection technology because it is easy to use and contact with a suspect is not needed. While it is accurate at identification, it does not require an officer to even notify a person that they are being scanned. This is much different than identification by fingerprints, skin texture recognition, iris recognition, and voice recognition.

All of these methods are used for identification and security, but only face detection can be done without contact. This makes the technology highly useful to law enforcement for locating suspected criminals and for government agencies in identifying suspected terrorists.

This technology can be used for anything from tagging friends on Facebook, to making retail purchases, to catching a terrorist, to finding missing children. In a market like that, everyone wants a piece of the pie.