Face Recognition and its Application in Advertising

By: facenition.blog
In: Retail
Spread the love

Face recognition has been around since the 60s but did not really gain the public’s attention until several years later. As we mentioned in an earlier article, face recognition technology first truly got public notice after it was used at Super Bowl XXXV in the United States. Police and other law enforcement agencies used the software at that time to scan the crowds at that famous football game for known suspect, criminals, or terrorists. In 2002, the prediction that face recognition would be used in targeted advertising was released in a movie called Minority Report. In that film, it was predicted that this would be a reality in the year 2054. But we are in 2019, and it is already here. What are face recognition and its application in advertising? Let’s take a look. 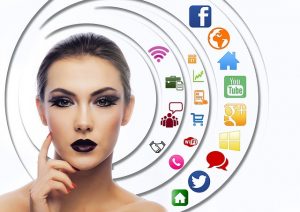 At one time, when we thought of facial recognition, we pictured technology that could simply help us identify people by scanning their faces and comparing those faces to images in a database. While this is the gist of what facial recognition was built on, the technology is not just for faces anymore. Face recognition systems can actually be used to detect a person’s mood, and this can be used to pinpoint exactly which products and services that person is likely to spend his or her money on. How exactly does this work?

Ads Can Be Tailored to Emotions

According to an article in Medium, “when you hear facial recognition, you shouldn’t just think identification – that’s the difficult part. You should, more importantly, picture a mood detection system. Your face is a very good indicator of your emotions which allows advertisers to better tailor their ads.” Apps on a smartphone can actually use that phone’s front-facing camera to track the emotional expressions of a person’s face when they are scrolling Facebook. This can tell an advertiser much more about which of their ads have been successful than any traditional method of ad tracking.

It Could Do Even More

Face recognition on Google could also keep track of your facial movements when you see different ads, read articles, look at social media, etc. It can even watch your face as you type messages to your friends or comments on social media. In turn, the marketer learns how each ad is affecting you, and which ads are more likely to bring an emotional response that will lead to your purchase of their product or service. This could also be implemented into television screens, movie screens, and more.

It is Already in Use by Large Companies

Sound a bit far-fetched? These emotional analytics are used by a startup that is based in London. Realeyes, as it is called, uses webcams to measure a person’s subconscious responses to different video content. This company already has major corporations as clients, such as Disney, Samsung, McDonald’s, IKEA, Heineken, Ford, and Coca-Cola. The face recognition software it uses can detect 6 universal emotional states that work for almost any culture. Those states, according to Medium, are confusion, fear, disgust, sadness, surprise, and happiness.

That is just a bit about how face recognition is being used in advertising. Next week, we will explore more ways that this technology could bring marketing into a whole new era.