What is Face Recognition Used For?

We have looked at face recognition and its history, benefits, and trends in our last few articles. Although work on face recognition from images was started as early as the 60s, recent developments in the technology have led to an entirely new way of looking at security, marketing, and so much more. At one time, movies, such as Minority Report made facial recognition seem like an impossible science fiction dream, the dream has quickly become a reality in our world today. As FaceFirst shares, face recognition iPhone X literally brought this technology to the hands of the public, allowing each of them to use it to protect their personal information and data. But there are many other ways that this software is being used. Let’s take a look at what is face recognition used for. 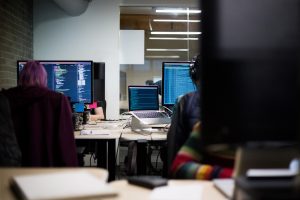 We have discussed in a previous article how face recognition technology can be used to detect potential terrorists when they attempt to enter a country through an airport, train station, or other location. By comparing the faces of every person entering the location against images of known and suspected terrorists, governments can lower the chances of a repeat of a tragedy such as the one that occurred in America on September 11, 2001.

As Hacker Noon explains, United States Customs agents can also use facial recognition to validate the passports of those who come through customs. A person’s face can be checked against that of the one on their passport to be sure that they aren’t using someone else’s passport. Face recognition systems can also help determine whether or not a passport is fake.

To Find Your Soulmate

According to a claim in CBS News, face recognition technology can even help you to find your soulmate. The article shares that a matchmaking site called FindYourFaceMate.com is using face recognition as a way to match couples according to their features. The basis of their business is their claim that people are attracted to other people who have similar facial characteristics. FindYourFaceMate has made a business out of using face recognition technology to connect lonely people over the internet simply because they look a bit alike, and it seems to be working for them.

Another great way that face recognition is being used is to locate missing persons who have been kidnapped or are victims of human trafficking. When a person is listed as missing, police can load their image into a database of missing persons. Authorities can then receive an alert if that person is picked up by cameras in any public area, such as airports, train stations, or even retail stores, restaurants, hotels, etc. Proper use of this technology could make it much more difficult for human traffickers to get their victims out of their home countries. In fact, FaceFirst shares that face recognition technology helped locate 3000 missing children in India in just 4 days!

Those are just a few of the ways that face recognition is used today. In our next article, we will look at a few more.