More Things You Need to Know About Face Recognition

In our last article, we began to explore things that you need to know about face recognition. We had begun to look into social media, such as Facebook and how it can gauge the emotions of the user in real-time by monitoring facial expressions while the user scrolls their timeline. Facebook’s DeepFace has faced some opposition from various people and agencies because of the concern over lack of privacy. In this article, we will look at how face recognition software and its ability to determine customer mood can be priceless to those in the advertising and marketing fields. 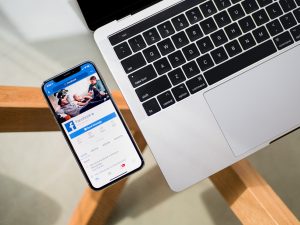 It is Invaluable to Marketers

As Entrepreneur shares, this data is priceless for marketers. If you are into advertising, own your own store or company, or are a marketer, the emotional data gained by Facebook in this way could personalize the user’s social media in such a way that you could be in tune to exactly what they are into, what they hate, and what they are likely to spend money on.

It is Used All Over the Internet

And Facebook is not at all the only company that is using face recognition to gauge customer’s emotions. Expedia owns a site called Ebookers which features a new tool named SenseSational. This face recognition app also uses real-time face recognition to track the expressions on a user’s face as he or she listens to various sounds. By gathering the emotional responses of those who listen to the sounds, the software separates them into 4 tribes: The Culture Collector, The Adventurer, The Sun Seeker, and the Bon Vivant. Then the app suggests activities for the user based on his or her tribe.

And It Is Used All Over the World

Other countries, such as Singapore, use this type of technology in public and private transportation vehicles to determine the identity of passengers. Singapore Technologies Electronics promoted an “Advance Fare Gate System” in 2018 that would identify the facial features of its commuters when they enter through the gates. It then charges them in the same way that it would charge a debit card but using their facial features to recognize them.

This is a much faster and accurate way to move passengers along in line. And no one can get through with a stolen debit card. This technology could potentially be integrated into transportation companies, airports, retail stores, restaurants, and other locations all over the world. It could connect your face to your bank, and everything you purchase could be done via face recognition. There would be no need to carry money, or debit cards. There would no longer be a danger of someone stealing your identity to make large purchases. Purse snatching would be a bit pointless. While that is not a reality just yet, the technology could quickly expand to that point. After all, Minority Report wasn’t released all that long ago…