What is Face Recognition (Part 2) 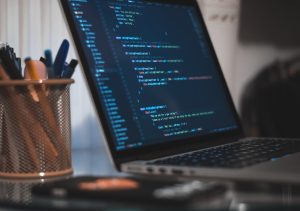 The Accuracy of Face Recognition Increases

Evaluations and problem challenges that were sponsored by the United States government have helped to increase the accuracy of face recognition software tremendously. In fact, according to Wikipedia, “Since 1993, the error rate of automatic face-recognition systems has decreased by a factor of 272. The reduction applies to systems that match people with face images captured in studio or mugshot environments. In Moore’s law terms, the error rate decreased by one-half every two years.” Face recognition technology has come to be useful in far more than just catching criminals going into the Unites States.

In fact, chasing down dangerous criminals is just one of many uses, according to Tech Guru. Facial recognition is used in marketing and advertising, it is used by casinos to track gambling addicts, dating sites use it to match potential dates who have similar features, social media allows you to use face recognition to tag people in your posts, bars and restaurants use it to locate underage drinkers, upscale hotels use it to make it possible for them to greet guests as soon as they arrive, schools in the United Kingdom use it to keep up with student attendance, and credit card companies will soon allow you to make purchases using your face. Worried that your evil twin maybe able to use your face to go on a shopping spree? No worries! According to Wikipedia, the newest face recognition algorithms can even “uniquely identify identical twins!”

As we mentioned last week, in its early stages face recognition was almost a secret. The government agencies that supplied funding for the face recognition project did not allow much information about the technology to be released. Face recognition first began to face public scrutiny in early 2001, after it was used in America in Tampa Florida at Super Bowl XXXV. During that famous football game, police and other law enforcement used face recognition software to locate terrorists and other criminals in the crowd that contains thousands of spectators.

According to Science ABC, face recognition systems were soon placed in many other locations across the United States. Although it was quite controversial at the time, it gained popularity among Americans after the tragedy of September 11, 2001, when almost 3000 people were killed in the terrorist attacks on the World Trade Center. Many people across the globe feel that the trade-off in personal privacy is worth the lowered risk of such an attack occurring again.